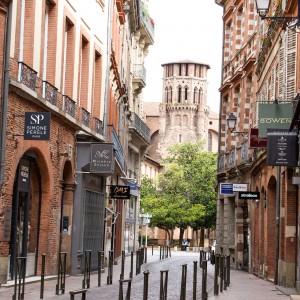 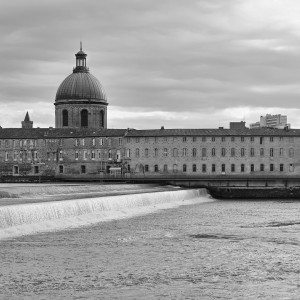 Toulouse is the Southern French identity, famous for its pink color and it is named as “the pink city” or “La Ville Rose”. It is known for culture, art and history. Pink color of the city is due to light red bricks which were used to construct buildings in the city. Apart from all the other things, Toulouse is the largest aerospace industry of entire Europe. It has French space agency and European Airbus headquarters.

Largest natural history and Ethnological museum holds more than 2.5 million exhibits. You can learn about mineralogy, botany, entomology, paleontology, ornithology and more. These collections are from all over the world. Prehistoric section contains Mesolithic tomb, bronze necklace from Holocene epoch and Neolithic axes.

It is a French Renaissance hotel that was constructed in the 16th century. This is the home to the major art gallery of France. This beautiful renaissance architecture took 30 years to complete. The magnificent art gallery contains works by Canaletto, Cezanne, Pierre Bonnard Matisse and Monet.

This is one of the largest churches in Europe. The Romanesque church was competed in 1100s and it is listed in UNESCO world heritage site. During 1300s the construction was restarted for the shape of arches. This church has a large variety of relics in the crypt.

Magnificent main square of Toulouse is the heart of the city. You can visit every area of the city, enjoy different activities, shopping, sightseeing and return back to the front of the city hall. Renaissance architecture is worth visiting and this area is perfect to spend a wonderful day and evening.

This scientific discovery center is an amazing place to visit. More than 4 million people visit the attraction every year. It is located in the outskirts of Toulouse. This is a theme park that is all about space exploration. You can see planetarium shows and watch IMAX movie. This sci-fi space has a life size replica of European Ariane 5 rocket and actual Mir space station that was around the earth from 1986 to 2001.

This building is a gothic style master piece from early 1300s. It is an amazing fine arts museum that contains art wonders from 14th and 17th century. Museum contains a collection of paintings and sculptures. Many medieval religious sculptures were rescued from various churches and religious places when they were getting destroyed in the 18th century. Museums contains works of Italian renaissance, Dutch and Flemish artists like Van Dyck, Cuyp, Van Goyen, Jordaens.

Church of the Jacobins

This is a deconsecrated Roman Catholic church. It was constructed in the Southern French Gothic style. this building was the largest building during 12th century when it was being constructed. It contains the relics of Thomas Aquinas who was a great thinker of medieval period. This is a unique architectural wonder in Toulouse from 12th century.

Toulouse is a marvelous place to learn about art and architecture. However, it has a lot to offer to the people of every age whereas this is a perfect destination for writers and artists to get inspired.

Suitable for type of holiday

Ideas to stay view all